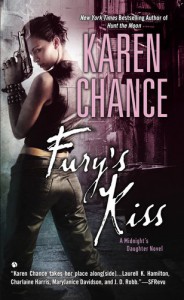 After the events of Death's Mistress, Dorina is now working with the Vampire Senate to stop the smuggling of magical artefacts from Faerie into our world.
Unfortunately, during one such mission, Dorina wakes up in a lab with no recollection of what has happened - and worse! - minus Lawrence, her vampire partner for the mission, one out of Kit Marlowe's closest in his family.
Kit and Dorina's relationship has never been the best, and he insists that Mircea delve into Dorina's missing memories to unearth what happened to Lawrence.
This is the book I'd been truly waiting for, and I can only hope to see further development on this front. I never made it a secret in my former reviews of this series that the most complex, compelling, and heartbreaking relationship is that of Dorina and her father, Mircea.
Going through Dorina's memories, exposing the cracks already in her mind, is sure to bring up long forgotten memories of Dorina's mother - the love of Mircea's life - and Dorina's forgotten but happy childhood memories at Mircea's side.
But with Æsunbrand (a fey prince intent on Dorina's demise), toxic vampire politics, fallen angels, mad scientists, and full out war on the Senate (and, therefore, threatening Dorina's family), there isn't as much time as I would have wished for happy family reunions.
As always, Karen Chance delivers an amazing book, full of action, mystery, humour, and dashes of red-hot romance, with some time for the development of familial relationships.
Highly recommended! And what with me being a notoriously stingy reviewer... ;)
Karen Chance's official site
Buy Fury's Kiss
@ The Book Depository (with free worldwide delivery)