"Calling it the End of the World was a conceit. The World kept ticking on just fine, it was humanity that took the hit. Seven months from top of the food chain to endangered species."

After losing communication with other human settlements following a plague that wiped out most of humanity, Asa, the settlement's doctor, decides to set out with a tracker and a hunter to find out what befell the other humans.
At the same time, Asa's granddaughter Prosper and her best friend Angus also set out, trying to make head or tail of an unusual problem that afflicts Angus.
Unfortunately, both groups find themselves hunted by the Hinterkind.
A group of the Hinterkind, the Sidhe, wishes to capture the remaining humans, whether to keep their numbers in check or to be rid of them all once and for all is still being debated. Other races of the Hinterkind, like ogres and skinlings, find it hard to restrain themselves from feasting upon human flesh long enough to collect the bounty offered for them by the Sidhe...
But, in the end, could the biggest threat come from the patchwork of people that's left of humanity?
I really liked Prosper and Angus. Their friendship felt real and I really grew to care for what happened for them. 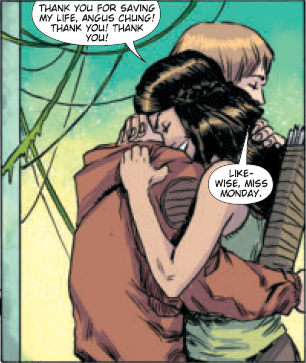 I also loved almost everything the Sidhe Queen said! 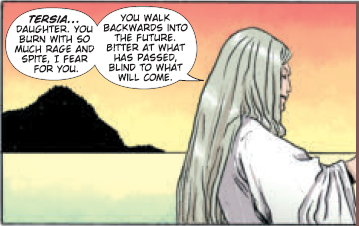 The others... were a bit too morally ambiguous for anyone to really cheer them on, but still entertaining to read.
If you like action-packed dystopias, with a sprinkling of fairytales gone wrong on top, give this a chance!