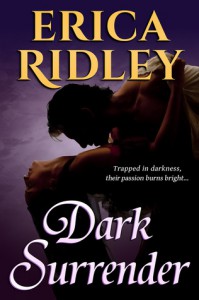 arc received from Intrepid Reads through netgalley
tw: attempted child rape, mentions of abuse
Violet Whitechapel, a teacher at an orphanage for girls, saves one of her charges from a brutal crime and, in doing so, murders the perpetrator. To avoid the gallows, she takes what little money she has and runs away, eventually reaching Waldegrave Abbey, home to Alistair Waldegrave.
Waldegrave Abbey is a dismal place, one the villagers swear harbours a demonic creature: a vampire.
In fact, Alistair lives in reclusion and darkness, searching for a cure for his daughter Lilly's illness: a rare and extreme sensitivity to sunlight, making exposure to the sun as good as fatal.
A fugitive from justice, Violet agrees to be Lilly's governess.
I must admit this all sounds a lot like Alejandro Amenábar's The Others, starring Nicole Kidman: shuttered windows, skeleton keys and doors being firmly shut as soon as they're opened, darkness everywhere, and a child who cannot withstand sunlight.
And though it could have followed the film's atmosphere this never really became a a gothic mystery. Since we get Alistair's POV along with Violet's, whatever mystery there was - even if it remained as such to Violet, was not a mystery to the reader. It is, however, gothic fiction: a decrepit abbey, darkness, tales of horror, and plenty of melodrama.
I have a tendency to nitpick, but bear in mind that, in this case, everything I point out though it may be a failing in the book, in no way hinders the delight of the reading experience. This is a good book. A 3 star rating, for me, means "I like it!" - and I really did like this book.
First the things I didn't much care for:
Violet is a woman who has known nothing but abuse at the hands of men since her earliest childhood. She distrusts them, and with good reason. Which is why it's so jarring and difficult to believe when she has trouble containing her lustful thoughts when meeting the strange and creepy (let's admit it) Alistair. Here is a man who, at first, she isn't even sure has an actual daughter - Violet thinks he made the child up to lure her into staying so he could rape her. With this in mind, she sits by him and dreamily admires his aristocratic features, and wonders how his lips might feel upon her skin. I  mean... what.
Of course, Lilly, Alistair's daughter is quite real, and as it turns out Alistair may, in fact, be a genuinely good man... who suffers from really unsettling mood swings, abandoning Violet in complete darkness in a maze of tunnels, shouting at her, ripping a dress from her hands and tearing it to pieces and basically acting like a complete psycho. Pardon the neuronormative ableism, but... really. The Heathcliff-crazy thing is just not attractive.
Then there's the fact that Violet's side of the romance progressed too quickly, as I've pointed out - she was abused, she's worked all her life with abused little girls, and suddenly she's all over this man she just met literally 92 pages ago, most of which she spent with his daughter, or with him acting unbalanced?
And on that topic, I found it extremely unsettling that the passionate moments Violet and Alistair shared with each other would, 9 times out of 10, start with him making a tearful confession about his fatherly feelings for his ill daughter, I mean, literally:

“This miracle you wrought, it’s... How can I... There are no words for... Oh, did you see her? She actually—”
Violet rose on her toes and pressed her lips to his.

No, girl! There is a time and a place for sexy times, and it's not when you interrupt a dude talking about his sick child's progress towards a somewhat less dismal existence!  Come on, now!
Then there's the fact that Violet suspects she may be a prisoner in the abbey. She confronts Alistair about this, asking him if he'd lock her up to keep her from escaping, and he jokingly says yes, and she finds this funny, and one more reason to trust him...
Like, if I were living with a dude and I went, "LOL J/W WOULD YOU LOCK ME AWAY FOREVER?" and he went, "LMAO I WOULD". My first reaction would not be, *fist-bump* "TRUST!"
Obviously that's not how it actually went down in the book, but basically... you get my point.
BUT!
Alistair, for all his weird, creepy, unbalanced behaviour, does evolve into a normal person and even I, a notorious reviewer for finding fault in every thing, ended up liking him.
And Violet was a lovely character, she was a survivor through and through, and she really wanted to help others who had been in her situation.
And of course, best of all, there is Lilly. Lilly is 9 years old and has been a prisoner inside her own room for the entirety of her existence. She knows going out into the sunlight would kill her, but she's reached the point where she just doesn't care. It took great writing skill on Ridley's part to write Lilly - she acted out, she did deplorable things, biting, hitting, kicking, ruining people's efforts to care for her, but she was always sympathetic. That takes talent. Pity Lilly will most likely eventually die of skin cancer, though...
Furthermore, yes, I did complain about Violet being all over Alistair way too soon in the book - but no one need fear that this is insta-love or that the romance is rushed. Lust, perhaps, but the romance is slow and a delight to read. As is the progression in these characters' relationships with each other.
If you like gothic fiction with a well-developed plot and a nice romance, be sure to read this book!