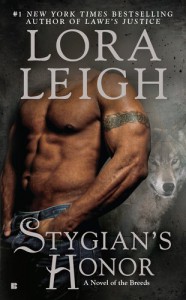 This series started waaaaayyyy back in 1998 - I haven't been following it from the start, obviously I was too young for this kind of thing at the time, but I started reading it maybe in 2003/04? It's now on #27 and I'm thinking to myself, "Wow... was it always this bad? Was I really so easily entertained back then?"
I don't know, honestly I'd have to re-read them, and after this one I don't really feel like it.
There is the issue of little Amber, who was a few months old a few weeks ago and now is suddenly 2 years old? Anyway, she's been dying for I don't even know how many books, but it's reached the point where I'm appalled at myself that a child is dying and all I'm thinking is, "I don't care." But really... I don't care. It's been going on for too long, it's a convenient plot point, an excuse for the male characters to act like manipulative assholes, an excuse for stripping the female characters of their agency. I'm tired of it!
One thing that's been talked about in this book's reviews is that the heroine, Liza, is a much more stronger female character than usual for this series. Admittedly it's been awhile since I read the last one but how weak were those other women if this one is considered strong? Liza has very little control over her life - what little she has is taken from her by Stygian and her father. I mean... sure, she knows how to fight, but what good is that if even her consent in the relationship is arguable at best?
As always the lady of the book starts off making her position known: she is NOT interested in the hero. She's just not. She tells him NO repeatedly. She makes it clear the relationship is not to her advantage, not balanced, not one in which she'll get to keep her independence.
But enter ~hormones~ and ~fate~ and ~true love~, though she fights it and still thinks and says NO... she can't help herself.
I don't know... is this... is this supposed to be sexy? Because I'm not feeling it.
You know what's sexy?
CONSENT.