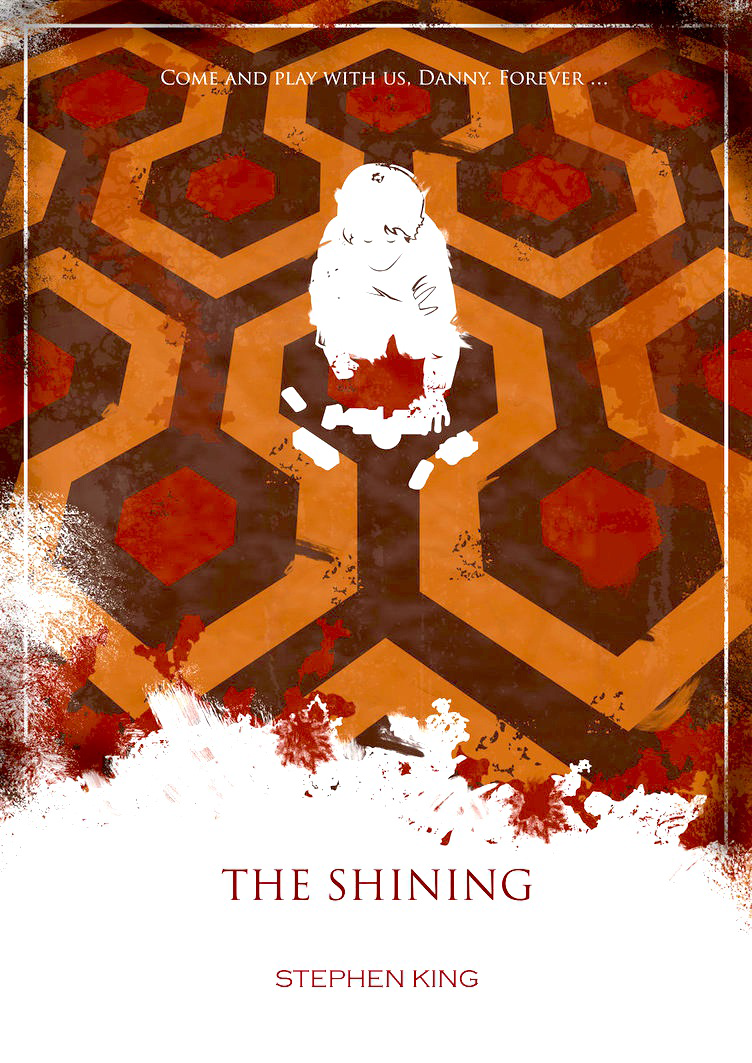 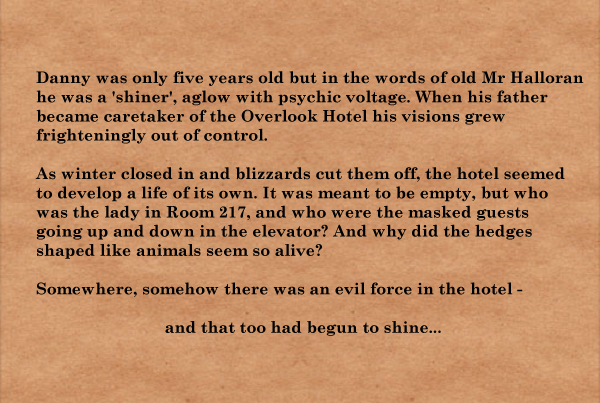 So here it is, my Halloween yearly re-read - the only book that scared me so much, I refused to get out of bed for a glass of water in the middle of the night and ended up drinking from the hot water bottle that had been warming my feet.
The things this book taught me to be scared of that hadn't even occurred to me how sinister they were:
I watched the film (yeah, I know King isn't a fan) before I read the book, and while the book is much scarier than the film, I feel like they complement each other well.
First of all, we all know how the story goes, I hope?
Jack Torrance, due to his drinking problem and bad temper landed his little family in dire straits, so he really needs this job as a caretaker of the Overlook Hotel - it'll be a good gig, even, he'll get the time to write that play he always wanted to, but never had the time.

One thing I really like about the film is Wendy. King wrote her as this blond goddess straight out of every man's dreams. She struggles with everything that is going on in her marriage but she's a very passive character.
Film!Wendy was frailer from the onset, Shelley Duvall was a great choice for the role - go to imdb and you'll find countless discussions about how "ugly" she is (as if Jack Nicholson himself was an oil painting...), I don't think she's ugly at all, she looks normal and sometimes actually pretty, but always believable.
And though book!Wendy is all athletic and former cheerleader-like, I find it more believable and empowering to have a normal woman fight her way out of the situation she was in, fight for her child. It made it more real.

One thing I really like about the book is how much scarier it is. We see some of it in the film, of course, but the fire hose, the topiary animals, that scene with Danny in the children's playground! You need to read it, if you don't you're missing out on some prime scary material.

Do you remember this scene from the film?

Scary right?
In the book that guy in the furry suit wanted to eat Danny's little penis. We don't know if he's a cannibal, or a pedophile... but most likely he's both. Yeah, remember that when you re-watch the film.


On the other hand the girls:

Aren't actually twins in the book - points for Kubrick! Because you honestly can't unsee this stuff, especially in your nightmares, later tonight.


Another thing I prefer about the film: it's never clear whether or not there were supernatural elements at work. Oh, maybe, probably! - how else would Jack escape from the fridge? But everything else is left vague - it could be that the hotel is coming to life around them, its restless spirits rising to haunt the family... or it could be that Jack Torrance is an alcoholic with cabin fever and his addiction drives him to attempt to murder his family - literally, this time, not the slow death that alcoholism brings to family life.

One thing is certain, though, once you start reading it...

Buy The Shining
@ The Book Depository (with free worldwide delivery!)